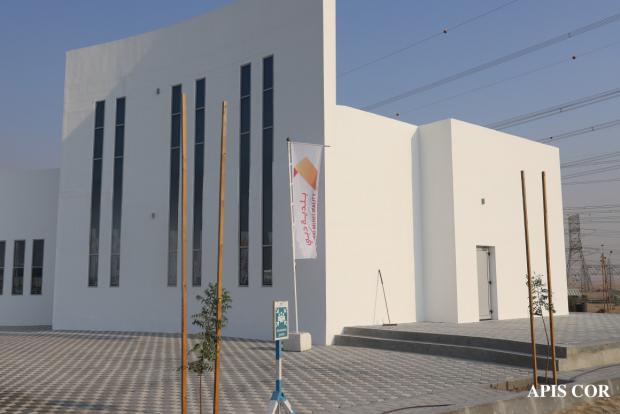 Its construction was much like the other 3D-printed projects we've reported on and involved a cement mixture being extruded through a nozzle in layers to build up the basic structure of the administrative building. Because the building is so large, Apis Cor's 3D-printer, which is portable, was moved around on a crane, allowing it to build one section at a time. Just three of Apis Cor's workers were on-site to operate the machine and, according to Dwell, the entire project took three weeks.

Though the project, along with New Story's 3D-printed neighborhood, represents another step forward in 3D-printed architecture, it's important to note that there was significant human work involved. In addition to laying the foundations, adding the windows, doors and roof, plus wiring and the like, construction workers also added rebar and hand-poured concrete for structural support.