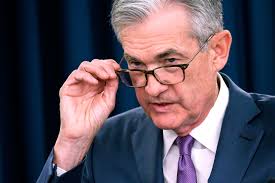 - to announce that the Fed-liquidity driven rally is over and a long-overdue correction has begun.

However, with the Fed still injecting ample liquidity into the market every month to the tune of about $60-80BN, Wilson finds himself trapped as he can't go "full bear" and instead has to be cognizant that the factor that dragged him into the bullish camp is still there, and will likely be there (or become larger) throughout the pandemic, which limits how bearish Wilson can be.

All of this emerged this morning when in his latest Weekly Warm Up note, Michael Wilson wrote that "market internals were already suggesting skepticism on a big growth reacceleration prior to the outbreak of the Coronavirus. However, with the breakdown of cyclicals and other "reflation" trades last week, concerns about the nascent recovery are rising."

As noted above, Wilson was quick to acknowledge that "liquidity has played a large role in the rally since October and index level prices appear ahead of the fundamentals" and as such, while he suspects "the first correction since October has begun", it will be contained to 5% or less for the S&P 500 as the Fed won't let sto(n)cks drop too much as "liquidity remains flush and high quality/low beta/defense (i.e. S&P 500) outperforms lower quality/high beta/cyclicals (small caps, EM, Japan, Europe)."