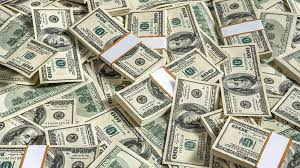 But it is now mid-February and moments ago the Fed just reported it conducted the fourth oversubscribed term-repo operation as the liquidity shortage among dealers appears to persist.

This means, that at a submitted to accepted ratio just shy of 2.0x, this was tied for the most oversusbcribed term repo operation since the September repo crisis as there clearly remains a big hole in dealer liquidity.

And confirming that liquidity indeed remains quite scarce a month and a half after year-end, moments ago the Fed also conducted its overnight repo which saw $48.85BN in liquidity injected...

... and which together with the oversubscribed $30BN term repo conducted earlier, means the Fed has injected $79BN in liquidity for today's market needs.

Ominously, the ongoing excess demand for term repo (which in February was cut by $5BN from $35BN to $30BN, and later today will be cut by another $5 billion or so when the Fed releases its upcoming monthly repo schedule) means that the liquidity crisis that continues to percolate just below the surface of the market and has clogged up the critical plumbing within the US financial system, is getting worse, not better, and today's massive oversubscription indicates that one or more entities continues to face a dire shortage of reserves, i.e., cash.