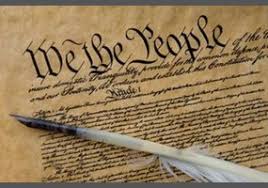 Put it cybernetically, the Bill of Rights is the basic operating system of the country and the sole source of American exceptionalism. If we don't have that we have nothing. We might as well be Belgium.

The Second of those Amendments famously maintains that the government may not interfere, even in the slightest, with the individual right to own and carry weapons. Lesser lights than the Founders over the centuries have been absolutely terrified at the idea of a well-armed populace ("Your people, sir, are a great beast!" said Alexander Hamilton), and have attempted desperately to limit that right and gradually whittle it away.

The most pertinent and obnoxious example of that (only one of many) is the 1911 New York Sullivan Act, named after an infamously corrupt Tammany Hall (look it up) politician, meant primarily to disarm Italian immigrants that politicians were frightened by. The law was so egregious that even notorious gun-grabber Wyatt Earp questioned Sullivan's mental health.

The Act pretended to provide a legal path to obtaining, owning, and carrying guns, but in practice it virtually stripped New Yorkers of their right—and means—to self-defense. Since criminals, by definition, do not obey laws, the city was well on its way to becoming one of the most violent places in America. Today, if you want to own and carry a gun in New York, you need a good lawyer and powerful political connections—just the opposite of what the anti-elitist Founders intended.

Will COVID-19 Kill the Constitution?