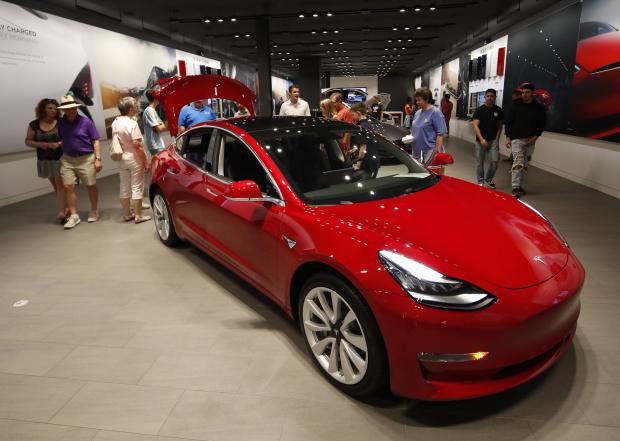 Colorado just passed a new law specially designed to advantage Elon Musk, Rivian and anyone else "selling" electric cars. They will be permitted to "sell" them directly to "buyers" (in air quotes for the same reason you'd put DMV "customer" in air quotes) but everyone else will be forbidden to do so.

Thus, Elon et al will not have to spend money on physical dealerships and the staff and so on (or pay the property taxes) that everyone else is required by law to spend money on before they're allowed to make any money selling cars – which they actually do, in spite of all the hobbles placed in their path.

EVs, of course, only "sell" because they're given away – using other people's money to "buy" them. Without all of that other-people's-money, they wouldn't. This ugly fact is of course unmentionable for the same reason we're not supposed to talk about women firemen (sic) not being strong enough to carry a 200 pound man out of a burning building but are hired on the pretense that they are able to do it.

One wonders whatever happened to the idea of equal protection of the laws. This being a pretty egregious example of its opposite.

Colorado could have abolished the law requiring new cars – electric and otherwise – to be sold through dealerships. It's an obnoxious law, designed by crony capitalists colluding to make new cars more expensive by preventing customers from buying directly from the manufacturer, thereby eliminating the middleman.

And to eliminate the competitive price haggling which would benefit car buyers, if they had the option to buy a car at a full-service dealer or buy it direct from the manufacturer.

How to Dewinterize Your RV or Camper for Spring