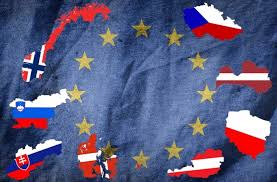 Apparently seeking to make Europe experience the full force of his intentions, Turkish officials sent busloads of migrants -- predominantly young men from Afghanistan and Iran, according to several reports -- to Turkey's border with Greece.

"We prepared a plan with our colleagues and we are committed to arranging free buses for the refugees in Bolu towards the border town of Edirne," said Tanju Özcan, the mayor of Bolu, a town in northern Turkey, 550 kilometers from the border with Greece.

"Refugees willing to go to Edirne can apply to the Bolu municipality and its branches. We are ready to assure the transport whatever the number [of refugees]."

In November, Erdogan had also threatened to release ISIS prisoners into Europe. Whether the migrants Erdogan sent to the border with Greece at the end of February currently include terrorists is not known. Migrating terrorists, research has shown, are a serious issue that seems to receive only scant attention in Europe.

In contrast to the migrant crisis of 2015, which saw more than a million migrants and refugees cross into Europe through Greece -- as well as other frontline European nations -- the current Greek government, which came into power in July 2019, has made it clear that its borders are closed.

"Welcome in Greece are only those we choose. Those who are not welcome will be returned. We will permanently shut the door to illegal human traffickers, to those who want to enter even though they are not entitled to asylum," said Greek Prime Minister Kyriakos Mitsotakis in November.