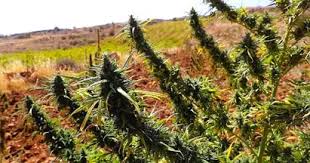 The Lebanese Parliament approved a law on Tuesday which allows its growth for medicinal and industrial use, which ironically enough was strongly recommended by economic advisers as a way to boost the country's troubled economy by regulating what was reportedly already a booming but illicit trade, especially in the Bekaa Valley.

Although it is illegal, Lebanon has long been one of the world's biggest producers of hashish.

Lawmakers have long been trying to legalize cannabis production for medical use. They argue it would pump revenue into the struggling economy, currently in its worst crisis since the 1975-90 civil war.

Raed Khoury, Lebanon's former caretaker minister for economy and trade, went so far as to brag in a July 2018 interview with Bloomberg that Lebanese marijuana "is one of the best in the world" in terms of quality.

Crucially, the legislation does not allow for recreational use of marijuana among citizens, but brings its cultivation under the regulation of the state, primarily for medicinal exports, CBD oils, and pharmaceutical and industrial purposes.

A "War Rocket" That Can Transport 80 Tons Of Weapons Anywhere In The World In Only...