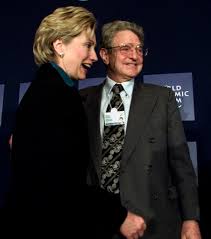 Last week, the State of Massachusetts began implementing a contact tracing program in partnership with a Boston-based organization with ties to the biggest names in big pharma, the George Soros' Open Society and the Clinton Foundation. Those ties go back decades and include U.S. intelligence assets and regime-change operations in Haiti including Operation Uphold Democracy, in which American troops invaded the Caribbean nation to clean up after the CIA-sponsored coup against Jean-Bertrand Aristide.

In April, Massachusetts Governor Charlie Baker announced the partnership, called the COVID-19 Community Tracing Collaborative, with Partners in Health (PIH), a non-profit organization with highly questionable patronage and an even more dubious history.

The program will be led by PIH's chief medical officer, Dr. Joia Mukherjee, who described the goals of the contact tracing initiative as well as some of the authorities granted to PIH by the state of Massachusetts to NPR, such as making assessments about whether families have "the ability, the space, the food needed, the employment, the money to safely quarantine" and assigning social service assistants in case they fail to meet the necessary criteria.

Fauci's Remdesivir Costs $9 Per Dose, Will Be Sold at $3,000 Per Treatment