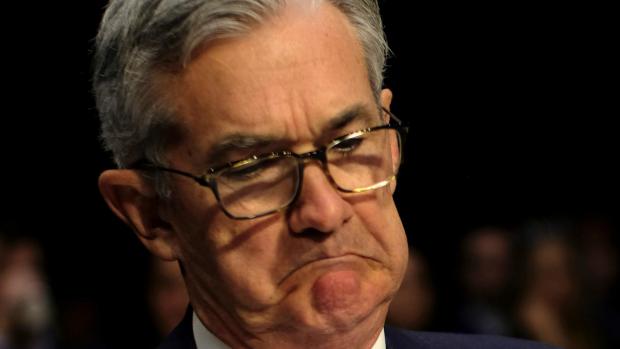 Jay Powell sounds like a boxer who just realized the lightweight he thought he was fighting put on 75 lbs of muscle and has been practicing by sparring with world champs.

So, when he still says he'll be the champ the words instead come out of his mouth all squeaky and unimpressive.

When you have to lie, you don't really have much of a case.

The Fed's Chairman appeared on the CBS News program 60 Minutes the other night and caused quite the buzz; which, as always, was the point. These central bankers are big on words and short on results, therefore little talk about what really happened; the conversation filled instead by incessant innuendo.

I did this. I did that. And I got a whole lot more where that came from. Sure. But what did all that actually get you?

Let's start with the first and perhaps most important of Powell's outright lies. From the program transcript:

PELLEY: But I'm curious about that moment for you personally. When you were sitting in your office, through that door over there, and you were watching your Bloomberg Terminal and the world was coming apart, what did you say to Jay Powell?

POWELL: Well, what'd I say to me? You know it didn't happen. It wasn't a light switch being flipped. So we saw it coming. And we had been thinking about what we would do. [emphasis added]