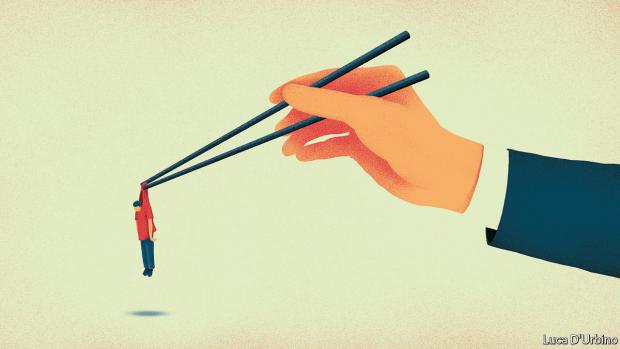 Before he disappeared from his luxury apartment at the Four Seasons Hotel in Hong Kong on Jan. 27, 2017, Xiao Jianhua, a Chinese-Canadian billionaire, favored female bodyguards. Why, exactly, was unclear: Perhaps he simply liked being surrounded by women; perhaps he trusted them more than men.

Whatever the reason, those guards weren't much help when a group of mysterious men showed up at his apartment that January day and took him away. According to anonymous sources who viewed the hotel's internal video feed and later spoke to the New York Times, Xiao, who may have been sedated, was rolled through the Four Seasons lobby in a wheelchair, a sheet covering his head. He was then reportedly loaded onto a boat and ferried to the Chinese mainland.

In what has become a familiar script for such disappearances, an initial police report filed by a family member was quickly withdrawn, and Xiao later issued a statement denying that he had been kidnapped. More than one year later, he remains in mainland China, and though he has not yet been charged with any crime, his businesses, under government direction, are expected to sell almost $24 billion in investments, which will reportedly be used to repay state banks.

Such stories are not unique. In October 2015, Chinese government operatives kidnapped Gui Minhai, a Hong Kong-based book publisher and bookstore owner, from his apartment in Thailand. Months later, Gui, a Swedish citizen, resurfaced in China, declaring on state television that he had turned himself in to face decade-old drunk driving charges. Gui's colleague, Lee Bo, a dual Chinese-British national, also appears to have been kidnapped in Hong Kong in December 2015 by Chinese security forces and brought back to the Chinese mainland.

Over the years, the cases have started to pile up. In 2002, Wang Bingzhang, a prominent pro-democracy activist, was seized in Vietnam by Chinese operatives and thrown into prison on the mainland, where he remains to this day. Two years later, another well-known dissident, Peng Ming, was kidnapped in Myanmar and jailed in China; in late 2016, he died under suspicious circumstances in prison.

Now, however, Beijing's policy of forcibly repatriating people it considers Chinese nationals — some of whom are in fact citizens of other countries — appears to be accelerating. Powerful businessmen, ex-Chinese Communist Party officials, dissidents, and activists have all been targeted as part of what Western intelligence officials say appears to be a large-scale campaign.

These abductions have become prevalent enough that officials at the U.S. State Department are growing concerned — though they have yet to raise the subject formally with Beijing. The issue "is being talked constantly about at the top," says one current State official, who has asked not to be named because they are not authorized to speak publicly on the issue. The official notes a recent cable focusing specifically on Chinese renditions in Southeast Asia.