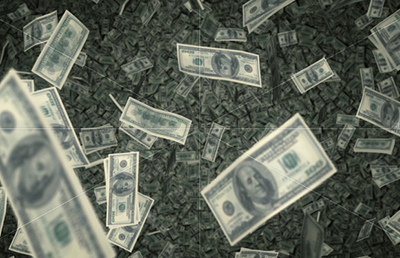 Investing legend Jeremy Grantham is "amazed" at this unprecedented stock bubble.  He recently told CNBC that investing in the U.S. stock market is "simply playing with fire."  And he's right.

What's more, when you follow the money back to its origin, you find the toxic emissions of the Federal Reserve.  This bubble is the Fed's creation.  The central bank has been huffing and puffing it up for decades.

For example, when Alan Greenspan first executed the "Greenspan put" following the 1987 Black Monday crash, financial markets were well positioned for this centrally coordinated intervention.  Interest rates, after peaking out in 1981, were still high.  The yield on the 10-Year Treasury note was about 9 percent.  There was plenty of room for borrowing costs to fall.