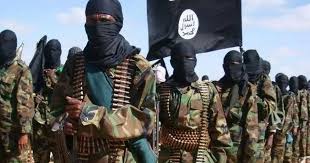 Sick terror groups are instructing new recruits to spread coronavirus for Jihad attacks, according to authorities in Russia.

He added that they are being told to spread Covid-19 in public places.

The disease has sparked a global pandemic and has killed more than 500,000 since it emerged in Wuhan, China, at the end of last year.

But according to Russian intelligence, it could be exploited by terror units.

Novikov said: "While governments are trying to ensure health security, focusing on protecting the lives and health of their people, recruiters of international terrorist groups are not just taking advantage of the difficult situation in order to recruit more 'Jihad soldiers,' they are calling on infected members to spread COVID-19 as wide as possible in public places, state agencies and so on."

Why Face Masks DON'T Work, According To SCIENCE

Who needs a fake ID! Teenagers dress up as senior citizens with face masks to buy alcohol ...

Can we become immune to the coronavirus? What the evidence says so far

Not The Onion: $275 Billion Tesla Shutting Down Fremont For "Upgrades", Including Another

Covid-19 A Once in a Century Fiasco in the Making

WHO Will Not Investigate Wuhan Lab Where Coronavirus Was Kept

COVID-19…Have You Heard? There Is Good News!