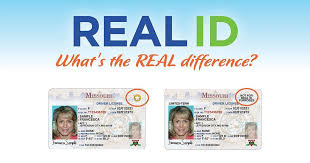 However, after 9/11, "everything changed" and politicians seized the chance to unleash far more snooping and create potentially hundreds of millions of dossiers on American citizens.

Congress passed the REAL ID Act in 2005 as part of an enormous piece of legislation dealing with military appropriations and tsunami relief. Rep. Ron Paul (R-Tex.), one of the few opponents, warned that the REAL ID Act granted "open-ended authority to the Secretary of Homeland Security to require biometric information on IDs in the future. This means your harmless-looking driver's license could contain a retina scan, fingerprints, DNA information, or radio frequency technology."

While Ron Paul was often derided by the media as paranoid while he was in Congress, the bandwagon against REAL ID was quickly boarded by both liberals and conservatives. Twenty-five states passed resolutions objecting to the law or signaling that they would not comply. The Electronic Frontier Foundation declared in 2007, "A federal law that aims to conscript the states into creating a national ID system … is precisely the kind of scheme that the framers expected that federalism would guard against." Homeland Security Secretary Michael Chertoff fanned fears after he wrote an op-ed that boasted that "by embracing REAL ID, we can indeed cash a check, hire a baby-sitter, board a plane, or engage in countless other activities with confidence." But why should federal bureaucrats have any role in certifying babysitters?