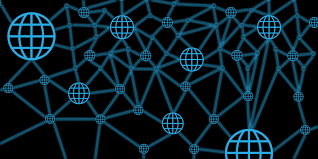 Kanye West, Elon Musk, Bill Gates, and Barack Obama were all feeling generous on the evening of July 16, according to their Twitter accounts, which offered to double any payments sent to them in bitcoin. Not really, of course; they'd been hacked. Or, rather, Twitter itself had been hacked, and for apparently stupid reasons: The perpetrators stole and resold Twitter accounts and impersonated high-follower users to try to scam people out of cryptocurrency.

"The attack was not the work of a single country like Russia," Nathaniel Popper and Kate Conger reported at The New York Times. "Instead, it was done by a group of young people … who got to know one another because of their obsession with owning early or unusual screen names." The hackers gained access to Twitter's tools and network via a "coordinated social engineering attack," as Twitter's customer-support account called it—a fancy way of admitting that their employees got played. All told, 130 accounts were compromised. "We feel terrible about the security incident," Twitter CEO Jack Dorsey said last week, in prepared remarks on an earnings call.