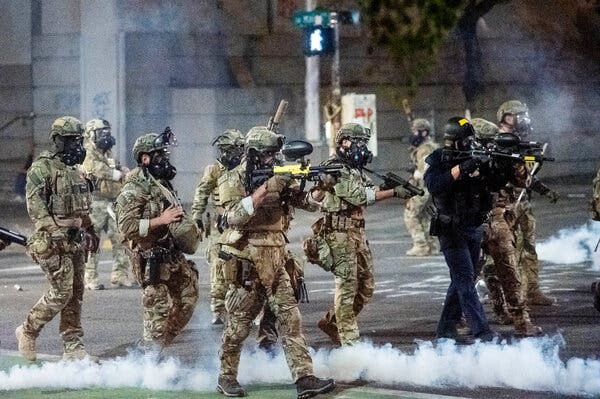 Unidentified federal police are now snatching American citizens off the streets of Portland. Their victims receive no due process because the proceedings are entirely extrajudicial – no warrants, no Miranda warnings, no phone calls to lawyers.

Despite constant derision as "tin-foil" hat conspiracy theorists by the corporate press, libertarians' warnings of an impending police state in what was once the Land of the Free have nonetheless proven prophetic.

The American Empire's illegal wars of aggression in the Middle East served as fertile testing grounds for long-term occupation and martial law. Keen observers correctly warned in the aftermath of 9/11 that the ruling class would insidiously rework its imperialist-like door-kicking siege tactics in Iraq and Afghanistan into domestic policy.

Those warnings, once dismissed, are now vindicated in spades.

Forcing people into passenger vehicles with no explanation or identification is illegal in every civilized nation on Earth. The right to occupy public space without fear of extrajudicial violence is at the core of Western democracy. By no accident was the right to peaceably assemble enshrined in the First Amendment; it is a prime right on which all others hinge.

When non-credentialed individuals commit the same act as the unidentified federal police have committed and are committing still on the streets of Portland, that is a prosecutable felony called "kidnapping."