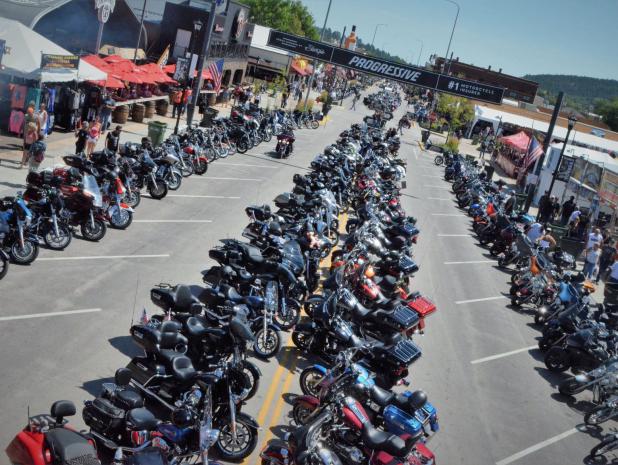 More than 250,000 people are expected to rumble through western South Dakota, seeking the freedom of cruising the boundless landscapes in a state that has skipped lockdowns. The Aug. 7 to 16 event, which could be the biggest anywhere so far during the pandemic, will offer businesses that depend on the rally a chance to make up for losses caused by the coronavirus. But for many in Sturgis, a city of about 7,000, the brimming bars and bacchanalia will not be welcome during a pandemic.

Though only about half the usual number of people are expected at this year's event, residents were split as the city weighed its options. Many worried that the rally would cause an unmanageable outbreak of COVID-19.

"This is a huge, foolish mistake to make to host the rally this year," Sturgis resident Lynelle Chapman told city counselors at a June meeting. "The government of Sturgis needs to care most for its citizens."

In a survey of residents conducted by the city, more than 60% said the rally should be postponed. But businesses pressured the City Council to proceed.

Rallygoers have spent about $800 million in past years, according to the state Department of Tourism. Though the rally has an ignominious history of biker gangs and lawlessness, bikers of a different sort have shown up in recent years — affluent professionals who ride for recreation and come flush with cash. Though the rally still features libertine displays, it also offers charity events and tributes to the military and veterans.