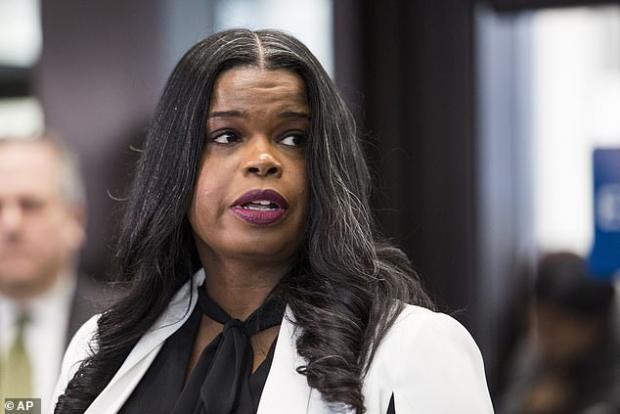 Foxx gained notoriety last year when she dropped felony charges against Jussie Smollett, the Empire actor accused of staging a racist, homophobic attack on himself in January 2019.

The Chicago Tribune on Monday published an analysis of Foxx's overall record on dropping charges, revealing that she has done so at a rate that's 35 percent higher than her predecessor.

In the first three years after Foxx took over as Cook County's top prosecutor in 2016, her office dismissed all charges against 29.9 percent of felony defendants, the Tribune found.

A total of 25,183 defendants had their felony charges dismissed under Foxx up until November 2019, compared with 18,694 under Alvarez during a similar period, the Tribune said.

Foxx took over as state's attorney in 2016 with a promise to bring criminal justice reform and to reduce the population of Cook County Jail.

The Democrat is now up for re-election in November after beating three challengers in a tight race that was one of the most expensive of its kind.

Foxx defended her case dismissal record in an interview with the Tribune prior to the publication of its analysis.