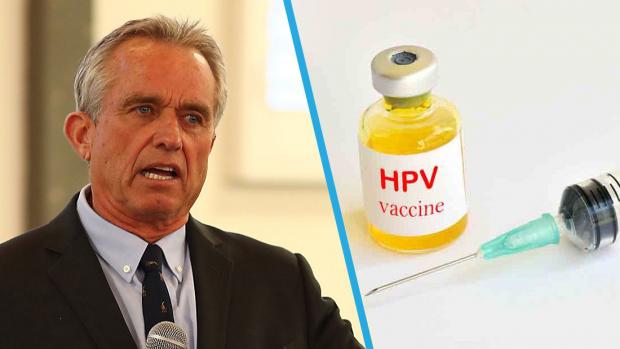 The Facts: A 19 year old woman has filed a lawsuit against pharmaceutical giant Merck, alleging that the company misled the FDA, legislators, doctors and moms about the safety and efficacy of its Gardasil vaccine and caused her permanent injuries.

Reflect On: According to the Vaccine Adverse Events Reporting System (VAERS), more than 64,000 reports of adverse events have been reported after people received the Gardasil vaccine. Only one percent of vaccine injuries are reported. Why mandate this vaccine?

What Happened: The national law firm of Baum Hedlund Aristei & Goldman filed a lawsuit on August 19th against pharmaceutical giant, Merck, on behalf of a 19-year old woman who is alleging the company misled the FDA, legislators, doctors and moms about the safety and efficacy of its Gardasil vaccine. According to Children's Health Defense, "The lawsuit asserts Merck purposely downplayed the risk of Gardasil's ingredients, including a proprietary aluminum compound (a potent neurotoxin) and secret and potentially hazardous DNA particles." The plaintiffs name is Julia Balasco, and she is alleging that she suffered and continues to suffer "severe and permanent physical injuries such as an autoimmune disease known as postural orthostatic tachycardia syndrome (POTS) after receiving multiple injections of the human papillomavirus (HPV) Gardasil vaccine."

Attorneys Bijan Esfandiari, Nicole K. H. Maldonado, Michael L. Baum, co-counsel Robert F. Kennedy, Jr and local counsel Christopher E. Hultquist of Hultquist Law in Providence, filed the lawsuit in U.S. District Court for the District of Rhode Island on behalf of Ms. Balasco, who alleges her vaccine injuries were so severe and debilitating, she was physically unable to attend most of high school. The case number is 1:20-cv 00364.

--> Help Support Collective Evolution: Become a member of CETV and get access to exclusive news and courses to help empower you to become an effective changemaker. Click here to join.

Apparently, Merck failed to properly test Gardasil before the HPV vaccine was fast-tracked and then administered to millions of young girls and boys throughout the world. Furthermore, Merck knew or had reason to know that its vaccine was not even effective but did not warm the medical community nor the public. "The company wrongfully concealed information and further made false statements concerning the safety and efficacy of Gardasil."

Why This Is Important: This is important because it's not an isolated incident. Injuries as a result of HPV vaccination have happened quite a bit, and that includes deaths. The HPV vaccine has constantly come under the scrutiny of published peer-reviewed science by a number of independent researchers.