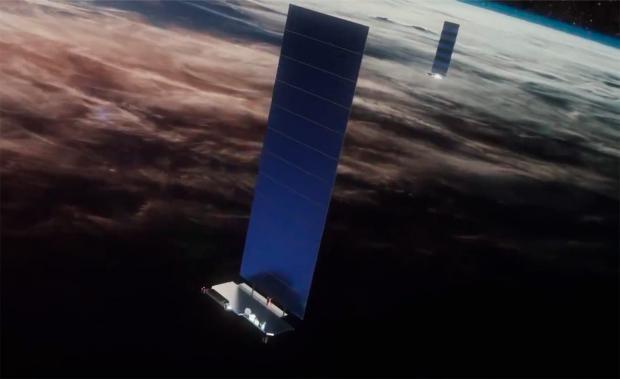 A two-stage Falcon 9 rocket carrying a full load of 60 Starlink satellites lifted off at 8:46 a.m. EDT (1246 GMT) from Pad 39A at NASA's Kennedy Space Center in Florida. The booster's first stage came back to Earth about 9 minutes after launch, landing on one of SpaceX's drone ships in the Atlantic Ocean.

This was the third attempt to get this particular mission off the ground, following weather and data-review delays. The launch marks the first Starlink mission this month and SpaceX's 16th mission so far in 2020. The company's fleet of flight-proven boosters has been busy this summer, with the California-based rocket builder reaching a new milestone on its previous Starlink flight: launching and landing the same first-stage booster six times.

After a weekend of stormy weather, it was nothing but sunny skies and clear weather for a picture-perfect launch. Onlookers cheered as the rumble of the engines roared overhead.

"What a beautiful sight," SpaceX engineer and launch commentator Kate Tice said after the satellites floated away after a smooth deployment.

SpaceX had initially planned to conduct a launch doubleheader on Sunday (Aug. 30), with two different Falcon 9s launching from the company's Florida-based launch pads on the same day — a first for the private spaceflight company. However, those plans were thwarted by poor weather conditions produced by typical summertime thunderstorms in the area.