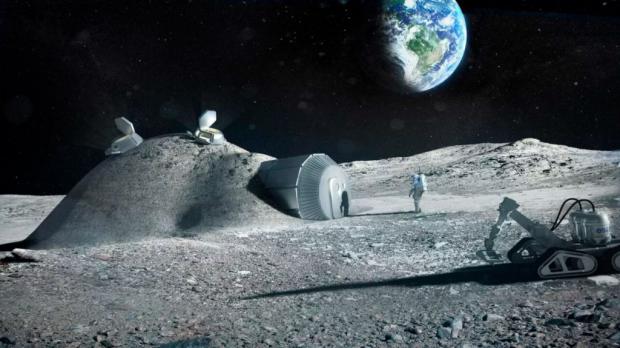 NASA Administrator Jim Bridenstine recently tweeted that the space agency "is buying lunar soil from a commercial provider! It's time to establish the regulatory certainty to extract and trade space resources."

The moon holds hundreds of billions, if not trillions, of dollars of untapped resources, including fifteen lanthanides, as well as scandium and yttrium - used in modern electronics. There's also an abundance of Helium-3, a very rare gas, with the potential to fuel clean nuclear fusion power plants. This infographic from 911Metallurgist.com explains why NASA has set its eyes on the moon:

"Across history, human development has relied upon the finite resources available on Earth. But the moon - a seemingly barren rock - may actually be a treasure trove of rare resources vital to Earth's future. And now, nations are looking upwards to a potential lunar gold rush," 911Metallurgist.com states in the infographic's intro.

?In a blog post, Bridenstine said NASA's Artemis project "will lay the foundation for a sustained long-term presence on the lunar surface and use the Moon to validate deep space systems and operations before embarking on the much farther voyage to Mars." He said the push to mine moon rocks would fully comply with the Outer Space Treaty of 1967, which outlines no country has a sovereign claim to the moon or other celestial bodies.