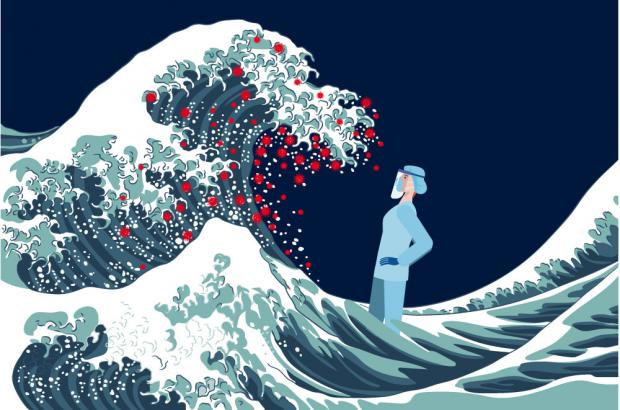 Several weeks into the new semester, I'm sure most of you have seen the panicked headlines that are bean-counting the number of COVID-19 cases found on college campuses. What you likely did not notice buried under the headlines is that nobody is dying from these cases and very few would even know they had any pathogen if not for the obsession over testing college students and the super-sensitivity of those tests. Yet a virus that is largely less disruptive than seasonal illnesses for young adults is now being used as a pretext to turn colleges campuses into prisons for students.

As of last Friday, the University of Alabama system reported 1,368 positive cases across its three campuses. But here's the kicker: There has not been a single hospitalization among them. Thus, all the cases have been sub-clinical. What they fail to report is how many of the illnesses even rise to the level of the flu and how many are downright asymptomatic. A "casedemic" is an epidemic that can only be identified by mass testing, because cases are so mild that people don't know they have a virus. It carries no surge in hospitalization or rampant illness.

The New York Times has already reported that up to 90 percent of positive cases in several states are only positive because of the hypersensitivity of the tests, which are picking up viruses that are either already dead or too low in quantity to transmit. That would help explain why we are not seeing any meaningful outbreak of serious illness across any school, camp, or college setting despite frantic headlines about the number of reported "cases."

The lack of transmission capability in most reported positive cases would also help explain why Dr. Ricky Friend, the dean of the University of Alabama's College of Community Health Sciences, noted that there was "no evidence of virus transmission due to in-person class instruction." It's very likely that these PCR tests are picking up viruses that these students contracted several weeks ago in their homes and communities from older adults before the semester began.