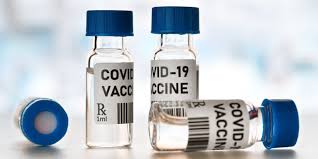 Functioning as the spearhead of the American Empire's propaganda dissemination, the corporate media has already begun beating the drum for mandatory COVID-19 vaccinations.

The Hegelian Dialectic goes like this: problem > reaction > solution.

The problem is obvious; the reaction is public panic; the solution is a vaccine that is not guaranteed to work but that is guaranteed to deliver dividends by the billions to pharmaceutical giants and to advance the institutional power of the social engineers under color of law.

Seizing on crises to push a pre-ordained agenda is as old as governance itself. Civil liberties proponents watched with horror as the federal government rolled out its post-9/11 control grid nearly two decades ago, complete with a newly-formed federal goon squad named Homeland Security in typical Orwellian fashion.

The post-9/11 fear and hysteria relentlessly pushed by the media provided the pretext for unprecedented power grabs by the federal authorities. 9/11, indeed, opened a pandora's box of opportunities for social engineers to instigate projects that they would never have been able to get away with on September 10th.

Without 9/11, the kind of wholly unethical experimentation with deeply engrained civil liberties would have been unthinkable. The fear and hysteria that the images of the collapsing World Trade Center instilled in the mind of the public granted license to American Empire to explore the darkest recesses of the social engineers' imaginations. And they are, indeed, dark beyond the pale.

The leadership of the Project for a New American Century (PNAC) — a Washington neoconservative think tank populated by the top officers of American Empire — wrote in their 1998 report "Rebuilding America's Defenses":

"…The process of transformation, even if it brings revolutionary change, is likely to be a long one, absent some catastrophic and catalyzing event – like a new Pearl Harbor."

The central tenant of the report was that the US should rightly serve at the top of a "benevolent global hegemony" under which US military dominance remains unchallenged. To achieve that aim, Cheney and the other members of PNAC understood well that they would be hard-pressed to justify their planned large-scale military conquests without a "catastrophic and catalyzing" event.