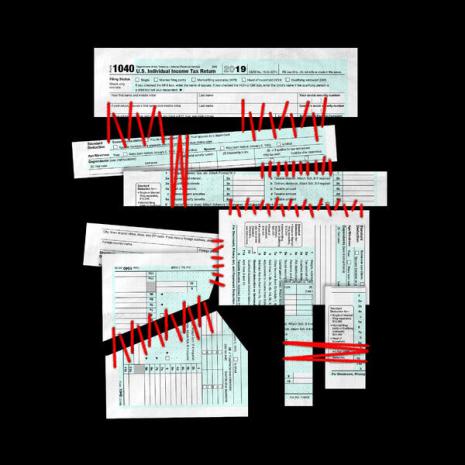 The NYT's much-heralded exclusive claiming that Trump is 'profiting' from his presidency despite going 'broke' during his tenure has more holes than Swiss cheese.

You don't have to look any further than at the big breaking story in the NYT this week about the US president's taxes to find a treasure trove of evidence that it really does publish fake news. In fact, it must relish doing so, or it wouldn't have taken years to investigate and then simply rush out a story that is so obviously littered with fake diamonds right there on the surface for all to see.

Here is the evidence that the paper of record misconstrues raw facts into fake news. It's demonstrated by the story's internal inconsistencies and the wild leaps of logic that are necessary to take its newly disclosed evidence from Trump's tax documents to where it was hoping the story would lead when it started gathering evidence.

The numbers don't add up

The New York Times says Trump's "proceeds from fame continued to tumble, falling below $10 million in 2017 and to $2.9 million in 2018." It uses this statement to claim he "was in need of financial reinvigoration." Then it states, as if it can determine Trump's internal motives from these bare facts, this financial desperation motivated him to run for president.

It must be using some kind of ultra-new math to come up with the timeline-twisting logic to leap from those scant facts about a drop in Trump's wealth in 2017 and 2018 to the conclusion that they must have been the reason he ran for president in 2015. What?

The paper's numerical rabbit hole gains even more twists and turns when it tries to use Trump's tax records as evidence for its own longtime claim that he is profiteering from the presidency. After raising the question, once again, as to whether his businesses benefit from his being in office, the NYT answers its own question in the affirmative, saying "in some respects."

It points to the flood of new members joining Trump's Florida resort, Mar-a-Lago, in 2015 – before Trump was even elected, remember – as evidence, stating that his running for president allowed him to pocket millions of dollars more a year from his business. That's right – it claims he profited from becoming president before the election, oblivious to the fact that it just told us his fortunes after the election fell to $10 million in 2017 and then fell another 70 percent to $2.9 million in 2018. Without even realizing it, the NYT inadvertently proved Trump did exactly as he had said he would do: he gave up his personal money-making enterprises when he became president, causing his personal annual income to plunge.