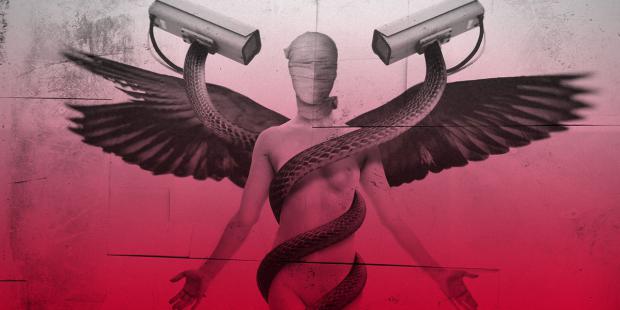 ~ Alex Haley – My Soul Looks Back, "Less I Forget : A Collection of Quotations". Book by Dorothy Winbush Riley, 1993.

When truth, honesty, and facts are considered, there can be only one valid reality, but that is not how 'reality' is understood or accepted by the common man. Given the dire situation we face today with this fictitious pandemic, the concept of reality as viewed by the masses is simply perception. That perception therefore can change with every passing moment, so it is not reality at all except in the sense of what is falsely believed as truth in any given time frame. In other words, each individual sees reality as what he thinks or believes in the flash of the present, and this belief is mostly based on what suits his own interest. So each person therefore, perceives his own reality, which means he has little knowledge of reality at all.

There has been an enormous amount of truthful information available concerning this fake virus scare, and many extremely qualified investigative journalists have continually exposed the lies coming from the mainstream media. The exposure of the lies of the controlling self-claimed 'elites' and the entirety of the political class have been made available, but are either ignored or hidden by those seeking to advance very nefarious agendas. Little if any of this honest information gets to the average American public, as reliance on mainstream news is still evident among the proletariat class. This is a travesty, as this same mainstream is the enabling arm of the propaganda state. There is so much information available, but so much of it is conflicting that it leaves the public-schooled masses in such a stupor that they look for the easy way out that aligns them with the largest crowd of non-thinkers.

Because of this, it is useful to concentrate on some factual basics that can be understood by a large portion of people in this country. I am speaking about total death rates and mortality; two terms that leave little room for argument or speculation. Putting aside for just a moment the bogus deaths claimed to be strictly due to a virus that has never been identified, the world's actual death numbers tell a different story.

For purposes here, all considered will be for this current year of 2020. As of this moment, according to the World Life Expectancy tables, total deaths have reached over 44 million out of a total population of 7.734 billion people. If this number is extrapolated out for this year, total deaths worldwide will be approximately 58.7 million. Average deaths per year worldwide currently average close to 60 million deaths per year, so this year is certainly not abnormal, and in fact seems to be slightly less than normal. How can this be, given that we are told we are in the middle of one of the most deadly pandemic periods in history, so deadly that the world has been shut down?