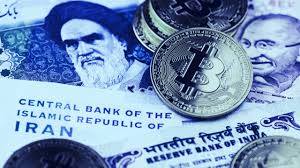 Authored by Jeff Benson via Decrypt.co,

Iran's foreign exchange reserves are dwindling, but its oil and gas reserves give it cheap electricity.

New regulations ask miners to sell their crypto to the central bank.

According to a report from the state-run Iranian Students' News Agency (ISNA), Iran has established new regulations to funnel Bitcoin mined by Iranians into state coffers so it can use them to pay for imports.

The edict, put forth by the Ministry of Energy and Central Bank of Iran (CBI), requires the country's legally registered cryptocurrency miners to sell the tokens they mine to CBI. The country, which has watched its foreign reserves dwindle by over 33% in two years, has increasingly eyed Bitcoin as a workaround to crippling US sanctions.

The Fed's Financial Crisis Looms: Is Bitcoin The Answer?