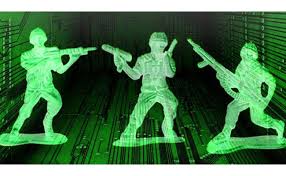 (Natural News) The reason why our founders enshrined "freedom of the press" in our Constitution is because they knew that tyrannical governments control their populations, in part, by controlling the information relayed to them.

Controlling information is also a way to ensure compliance; after all, if a population only gets one side of a political argument or if they are prevented from knowing the truth about a certain issue, they are far more likely to go along with government mandates.

Other nations whose people also yearned to be free and think for themselves copied our free press guarantee.

But something happened over the centuries.

In recent decades, our media have become politicized. Most 'mainstream' outlets no longer see their role as informing the public so we can make up our own minds about issues.

Rather, they now see their primary objective as working on behalf of tyrannical leaders within the deep state and political establishment. Our media, and the media in many Western-aligned countries, now see their role as primarily pushing the 'state' narrative; they are propagandists, not informers.

Doctors Around the World Issue Dire WARNING: DO NOT GET THE COVID VACCINE!!