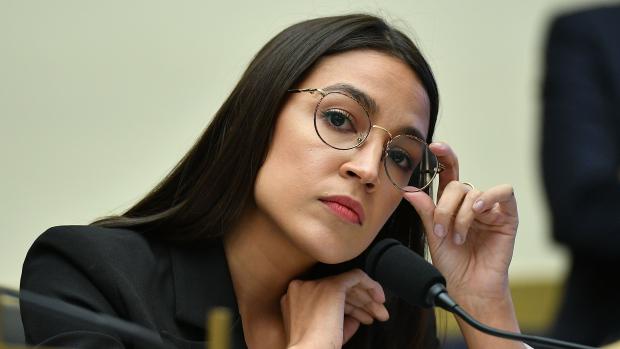 A new survey has revealed that nearly 50 per cent of Americans have an 'unfavorable opinion' of Rep Alexandria Ocasio-Cortez.

The Heartland Institute/Rasmussen poll, which surveyed 1,000 participants from December 6-7, found that a vast majority of likely voters prefer a free-market economic system over a socialist economic system.

Forty-eight respondents see Ocasio-Cortez, who is one of America's most prominent socialists, as 'unfavorable' with 38 per cent saying they view her as 'very unfavorable'.

Thirty-seven per cent of the participants regard Ocasio-Cortez favorably, including 18 per cent who have a 'very favorable' view of her.

About 15 per cent of the respondents said they are not sure.

Only 11 per cent answered 'socialism'.

Researchers said the results show that a 'strong majority of likely voters believe the United States should reject socialism and instead adopt free-market economic principles'.