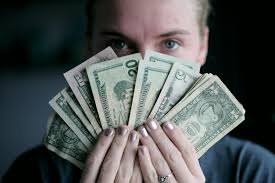 What will replace them - bitcoin or gold?

This article argues that the final solution is bound to be with central banks and government treasury departments retaining their control as issuers of money by the only means at their disposal: deploying their gold reserves to back their currencies, not as fiat, but as credible gold substitutes.

Central banks own no bitcoin, which effectively rules it out. They may try their own equivalents, central bank digital currencies, but they are simply another form of fiat money and will also fail — assuming there is enough time for them to be introduced. In any event, the eventual replacement for fiat money needs to be beyond government control (other than the state acting as a monetary trustee, ensuring gold coins are always available for exchange) and flexible enough for its users to collectively set the quantity that acts as money. A formulaic medium such as bitcoin does not provide this flexibility, but gold clearly does and has proved its suitability in the past.

For anyone interested in the history and qualifications of money as a circulating medium the current times are fascinating, being the fin de siècle of fiat currencies. Any doubt that fiat currencies are failing is being banished. The days when governments can finance their schemes by debauching their currency are numbered. Consequences flow.