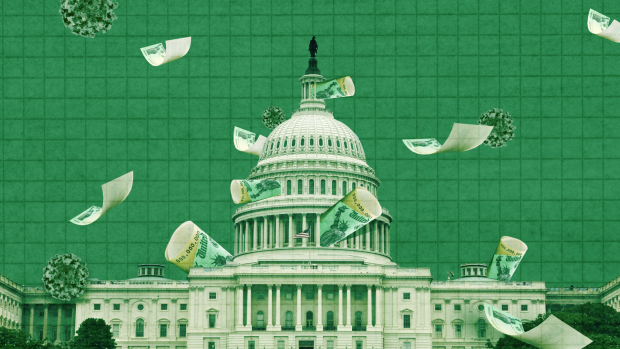 The checks are designed to help those harmed by the lockdowns. President Trump also demanded a cut in some of the wasteful spending contained in the bill, such as the ten million dollars for gender programs in Pakistan.

At the 11th hour, however, President Trump signed the bill.

President Trump's veto threat came after many people complained that a 600 dollars one-time payment was insufficient, and that the payment could be higher if Congress cut spending on militarism, foreign aid, and corporate handouts.

The text of the 5,593-page bill was made available hours before the votes in the House and Senate. Representatives and senators were told the bill had to pass immediately or else government would shut down around Christmas. This does not excuse voting for the bill. Congress should have refused to vote for this bill until members had time to read it. Those who voted "yes" should not get away with claiming the bill needed to be passed before members could read it.

While it is understandable that many are outraged over the way this bill was rushed through, the real outrage is that the rushed passage of omnibus bills has become a yearly Christmas tradition on Capitol Hill. These spending bills are always full of outrageous special interest giveaways. This practice denies the average member of Congress a meaningful role in carrying out one of Congress' two most significant constitutional duties — funding the government. Congress long ago abandoned its other main constitutional responsibility — declaring war.