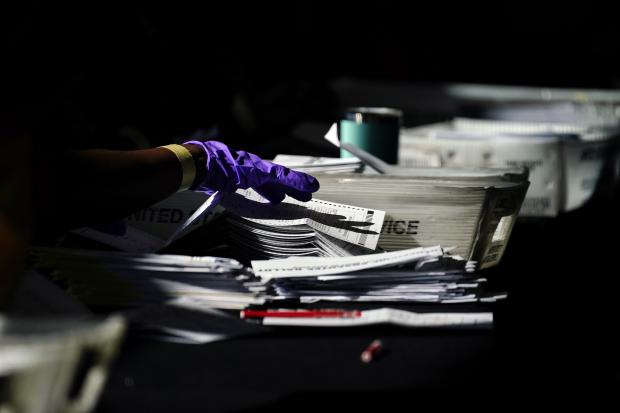 Similar patterns of alleged voter fraud are emerging in the new election, including broken Dominion voting machines in some Republican strongholds, extended voting hours in several Democrat strongholds, Republican poll watchers kept away from polling stations, and a prolonged election, perhaps by several days to count mail-in ballots.
Video appears to show that 32,400 votes were removed from Republican Senate candidate David Perdue on live television. Once a vote is counted, there is no reason for votes to be going down.

Video from ABC News appears to show that Republican candidate David Purdue had 774,723 votes, but the count is lowered seconds later to 742,323 votes, with a loss of 32,400 votes.