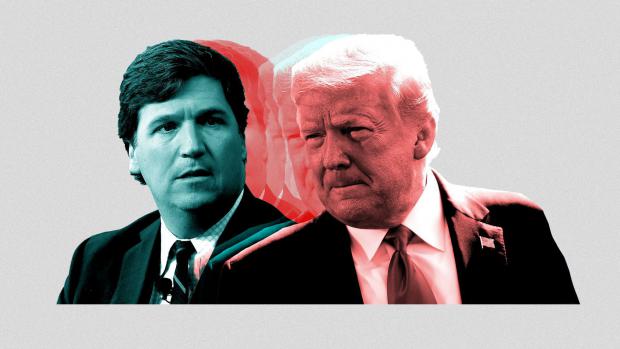 "This really is the main problem, on the right anyway. The people who run the Republican Party don't really like their own voters," Carlson said on his show on Fox News "Tucker Carlson Tonight."

"And they especially don't want the voters that Trump brought," Carlson added. "Trump brought the party's ranks noticeably downscale, 'from the country club to the trailer park,' as they often sneer. And this horrifies them. Many Republicans in Washington now despise the people they're supposed to represent and protect."

"You rarely hear it spoken out loud but this is the truth: a very specific form of intra-white loathing is at the core of the reaction to Donald Trump," Carlson continued.

Carlson went on to state that "socially anxious white professionals" feel contempt for "working-class people who look like them."

"So if you want to understand the hatred, the real hatred, not just disagreement but gut level loathing and fear of Trump — in say New York or Washington or L.A. — you've got to understand that first. It's not really Trump; it's his voters. The new money class despises them," Carlson said.