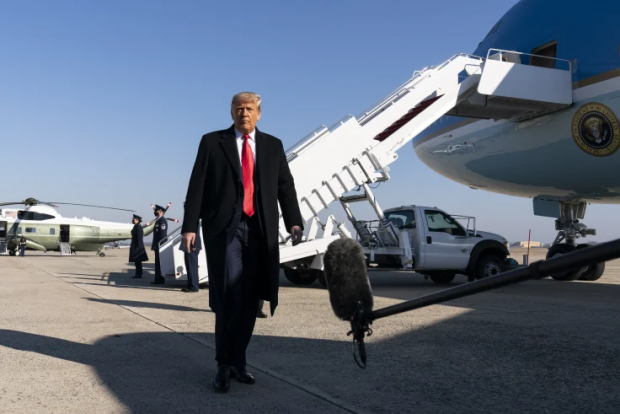 (Natural News) Yes, Democrats are set to impeach President Donald Trump again, and like last time, they are inventing a reason why.

Before, Democrats claimed Trump committed "high crimes and misdemeanors" when he allegedly demanded a "quid pro quo" from the Ukrainian president — specifically, that he linked U.S. military aid to a pledge from the Ukrainian leader that he would investigate Joe and Hunter Biden.

Trump never did make such a demand. On the other hand, there is video of Joe Biden bragging at an event in 2018 sponsored by the Council on Foreign Relations that he did demand a quid pro quo while he was vice president — namely, that then-Ukrainian President Petro Poroshenko had to fire the country's top prosecutor who was investigating a company where Hunter Biden was raking in big bucks or Daddy Joe would not release a $1 billion loan.

Now, Democrats are falsely claiming that President Trump incited some of his supporters to commit an act of "insurrection" by attacking the Capitol Building last week.

Again, Trump never asked anyone to do that.

We have come to demand that Congress do the right thing and only count the electors who have been lawfully slated, lawfully slated. I know that everyone here will soon be marching over to the Capitol building to peacefully and patriotically make your voices heard. Today we will see whether Republicans stand strong for integrity of our elections, but whether or not they stand strong for our country, our country. Our country has been under siege for a long time, far longer than this four-year period.

How does "peacefully and patriotically" get transformed into "inciting an insurrection?" And beyond that, why is it that Antifa and Black Lives Matter members "protest" and "demonstrate," but only Trump supporters "riot" and "rebel?"