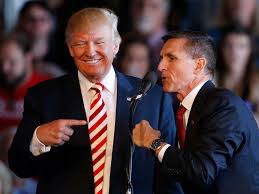 I knew from people who had worked in the field what Flynn had done to make himself an enemy of the Swamp. When he arrived in Iraq, materials gained in raids were being bundled up in bags, shipped back to Virgina to be "exploited" and analyzed and, a month or two later, useful information sent back to the troops on the front lines. Flynn sees the world like an entrepreneur, and set about to redesign the process, so that exploitation and analysis was done on-base in Iraq, the loop condensed into 18 hours, so that the next night when people went out raiding, they already had the benefit of insights gained from the previous night's work. Eventually the loop was so tightened that a raid early in the evening in one location was generating materials that were studied through the night, and informing raids that were still being conducted at dawn. People I knew and trusted in the field were telling me that this guy Flynn had his admirers, but he had detractors as well, primarily those comfortable with the ol' boy approach, disgruntled at the way he was shaking things up and bringing modern ideas into the Intelligence Community's comfortable way of doing things. As his career progressed Flynn's divisiveness to the Establishment became legendary, but in my experience, men and women I knew who seemed like bright, chipper, mission-oriented federal employees spoke well of Flynn, and the Mediocrities were the ones who seemed to hate him.