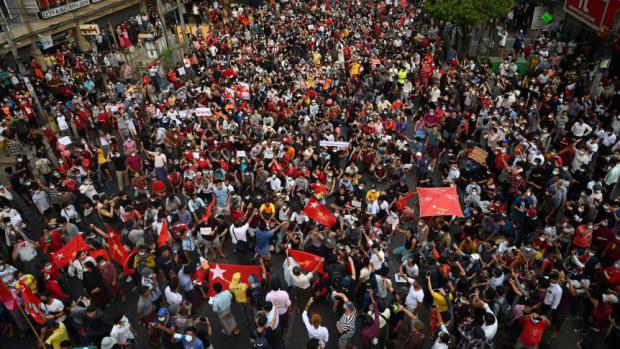 The military had taken immediate control of the streets and tightly restricted communications in and out of the capital of Naypyitaw, which included cutting the internet to the city. The now detained State Counsellor Aung San Suu Kyi has been calling for supporters in her National League for Democracy (NLD) party to protest the junta led by Senior General Min Aung Hlaing.

That now appears to be happening, setting up the potential for severe unrest and violence, as Reuters reports, "Tens of thousands of people took to the streets of Myanmar's cities on Saturday to denounce this week's coup and demand the release of elected leader Aung San Suu Kyi despite a blockade on the internet by the junta."

The block on the internet which reportedly also included the cutting of phone lines was aimed at precisely preventing such large demonstrations.