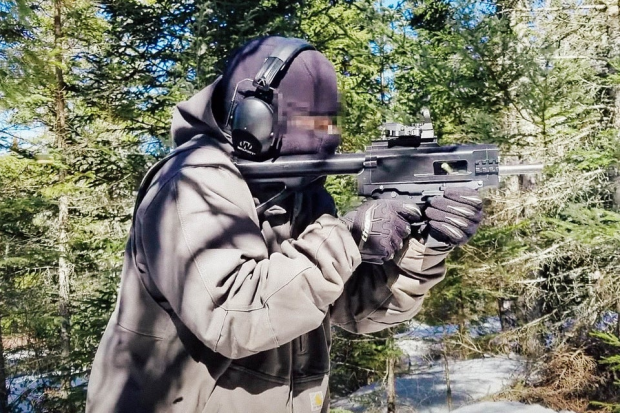 People have been making 3D-printed guns at home since 2013. They used to be pretty low-tech, capable of one shot before busting. But they've come a long way in the past few years. Now you can print untraceable AR-15s, AKMs, semi-automatic pistols, and more—no serial number, no registration, no background check. Up until recently, however, the best you could do with a semi-automatic rifle like the AR-15 was 3D-print the lower receiver (the core part that's regulated as a firearm). Users still had to buy real magazines, triggers, and barrels to complete the kit and build a working gun. That's easy to do if you live in America, where most people can purchase gun parts (minus the receiver) online. But it's a problem if you live in a country with strict gun control like Germany, where most people can't easily purchase the necessary parts.

All that changed in March, when 3D-printing and firearm enthusiasts publicly released the design for a 100 percent homemade semi-automatic rifle that not only shoots 9 mm ammo exceptionally well but is durable enough to withstand thousands of rounds. They called it the FGC-9, which stands for "fuck gun control 9 mm." Most of the gun is 3D-printed, while the rest includes inconspicuous parts available at hardware stores. The files include detailed instructions to help anyone—even if they don't have technical knowledge—build their own. They explain which 3D printer to buy, how to cast DIY ammo at home, and how to modify a metal tube in your bedroom to turn it into a gun barrel. The metal means the gun can't sneak past metal detectors, but it also means there are no consequences for owning one in the U.S. 3D-printed guns are legal, as long as they can be picked up by a metal detector.