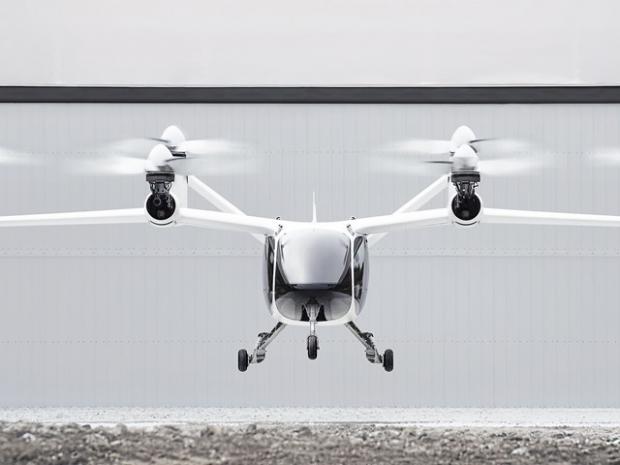 Here's our first proper look at the world's most advanced eVTOL air taxi taking off, transitioning to horizontal flight, cruising and landing.

Joby released the videos as part of an investor push as it gears up to go public on the New York Stock Exchange with a Special Purpose Acquisition Company (SPAC) called Reinvent Technology Partners.

The Californian company has been working on its aircraft far longer than most, and its five-seat, 200-mph (322-km/h) electric VTOL aircraft has already proven itself in more than 1,000 test flights. Offering a range up to 150 miles (240 km) using existing battery technology, the Joby aircraft uses six large tilting rotors to achieve vertical lift and horizontal winged cruise. It's one of the most complete and well thought-out aircraft in the space.

The company has enormous manufacturing resources behind it thanks to a mega-deal with Toyota. It also owns Uber Elevate, and thus has the potential to put together a beautifully integrated multi-mode travel service with millions of users already signed up.

It's the best funded company in the eVTOL space, with the closest thing to a finished aircraft, it's agreed on certification terms with the FAA and has a substantial leg up when it comes time to launch a service. If cheap, quiet eVTOL urban air taxis are going to be a thing, Joby seems well positioned to lead the market early.