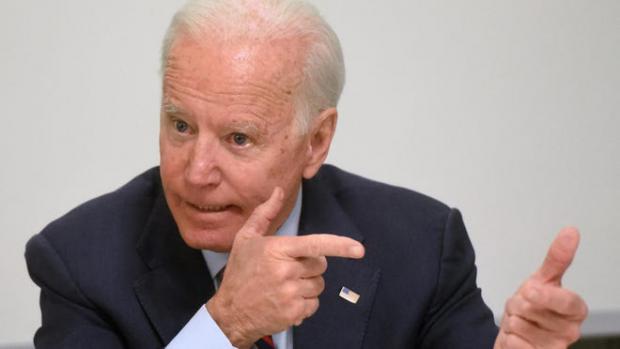 President Joe Biden on Thursday described mass shootings in America as a 'public health crisis' and declared 'no amendment to the constitution is absolute' as he unveiled a series of executive orders designed to curb gun violence.

He started off on the defensive, declaring he was not trying to impinge on the Second Amendment, an argument gun rights groups, Republicans and some Democrats have made.

Biden unveiled six actions his administration is taking: a crackdown on the proliferation of 'ghost guns,' which are built from kits; tighten requirements on pistol braces that allow for more accurate shooting; the Department of Justice will publish 'red flag' legislation for the states; invest in evidence-based community violence interventions; and DoJ will issue an annual report on gun trafficking.

'Nothing I'm about to recommend in any way impinges on the Second Amendment. These are phony arguments, suggesting that these are second amendment rights at stake,' he said at the event in the Rose Garden.

'No amendment to the constitution is absolute,' Biden declared, pointing to the famous Supreme Court ruling that you can't yell fire in a crowded theater as part of the First Amendment's free speech clause.