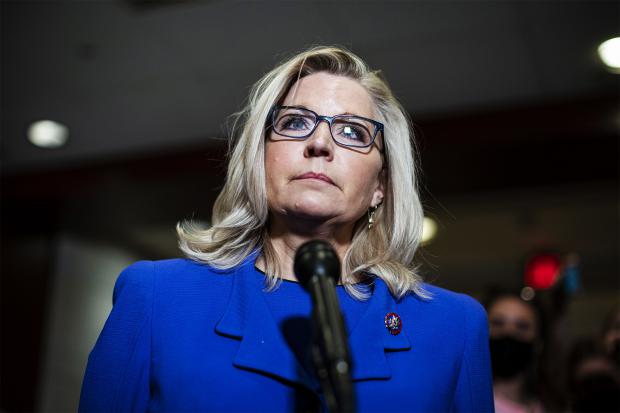 That CIA tale, claiming Russia was paying Taliban fighters to kill U.S. troops in Afghanistan, was cooked up by the CIA and then published by The New York Times on June 27 of last year, right as former President Trump announced his plans to withdraw troops from Afghanistan. The Times story, citing anonymous intelligence officials, was then continually invoked by pro-war Republicans and Democrats — led by Cheney — to justify their blocking of that troop withdrawal. The story was discredited when the U.S. intelligence community admitted last month that it had only "low to moderate confidence" that any of this even happened.

When Baier asked Cheney about her role in spreading this debunked CIA story, Cheney blatantly lied to him, claiming "if you go back and look at what I said — every single thing I said: I said if those stories are true, we need to know why the President and Vice President were not briefed on them." After Baier pressed her on the fact that she vested this story with credibility, Cheney insisted a second time that she never endorsed the claim but merely spoke conditionally, always using the "if these reports are true" formulation. Watch Cheney deny her role in spreading that story.

Liz Cheney, as she so often does, blatantly lied. That she merely spoke of the Russian bounty story in the conditional — "every single thing I said: I said if those stories are true" — is completely and demonstrably false. Indeed, other than Rep. Adam Schiff (D-CA), there are few if any members of Congress who did more to spread this Russian bounty story as proven truth, all in order to block troop withdrawal from Afghanistan. In so doing, she borrowed from a pro-war playbook pioneered by her dad, to whom she owes her career: the former Vice President would leak CIA claims to The New York Times to justify war, then go on Meet the Press with Tim Russert, as he did on September 8, 2002, and cite those New York Times reports as though they were independent confirmation of his views coming from that paper rather than from him:

MR. RUSSERT: What, specifically, has [Saddam] obtained that you believe would enhance his nuclear development program? …..

VICE PRES. CHENEY: Now, in the case of a nuclear weapon, that means either plutonium or highly enriched uranium. And what we've seen recently that has raised our level of concern to the current state of unrest, if you will, if I can put it in those terms, is that he now is trying, through his illicit procurement network, to acquire the equipment he needs to be able to enrich uranium to make the bombs.

REVEALED: 26 out of the 27 Lancet scientists who trashed theory that Covid leaked...