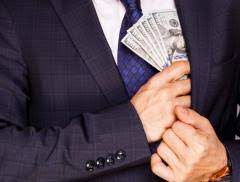 The Democrats in Congress want comprehensive regulation of social media which will ultimately allow regime regulators to decide what is and what is not "disinformation." This has become very clear as Congress has held a series of Congressional hearings designed to pressure tech leaders into doing even more to silence critics of the regime and its preferred center-left narratives.

Back in February, for instance, Glen Greenwald reported:

For the third time in less than five months, the U.S. Congress has summoned the CEOs of social media companies to appear before them, with the explicit intent to pressure and coerce them to censor more content from their platforms.

House Democrats have made no secret of their ultimate goal with this hearing: to exert control over the content on these online platforms. "Industry self-regulation has failed," they said, and therefore "we must begin the work of changing incentives driving social media companies to allow and even promote misinformation and disinformation." In other words, they intend to use state power to influence and coerce these companies to change which content they do and do not allow to be published.

(The February hearing wasn't even the end of it. Big Tech was summoned yet again on March 25.)

Greenwald is probably right. The end game here is likely to create a permanent "partnership" between big tech in which government regulators will ultimately decide just how much these platforms will deplatform user and delete content that run afoul of the regime's messaging.