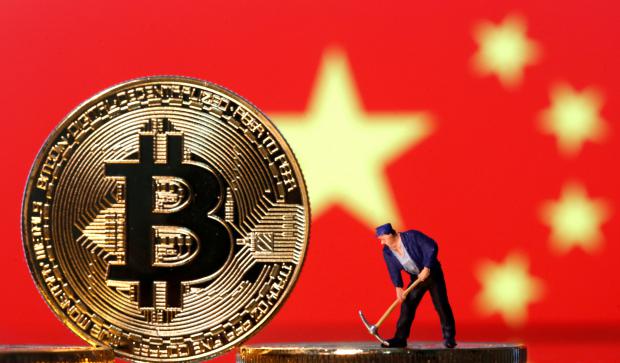 "Many miners are exiting the business to comply with government policies," said Mike Huang, operator of a crypto mining farm in the southwest province of Sichuan, which is China's second leading Bitcoin mining center after Xinjiang in northwestern China.

The bans have caused a massive slump in the prices of crypto mining machines (rigs), which are used for verifying virtual coin transactions in a process that produces newly minted cryptocurrencies such as Bitcoin.

A machine that was priced around 4,000 yuan ($620) last April and May before Beijing announced a crackdown on crypto mining, can now be bought for as low as 700 to 800 yuan, according to a Sichuan miner.

Bitcoin prices have also taken a hit as global investors worry about disruptions in a previously large market. Prices have dropped to below $30,000 this week – less than half of their peak last April. (Related: Chinese crypto crackdown causes bitcoin prices to plunge.)

"If the government doesn't allow it (crypto mining), I just have to quit," Liu Hongfei, a mining project operator in Yunnan province, told Reuters. "You don't fight the Communist Party in China, do you?"