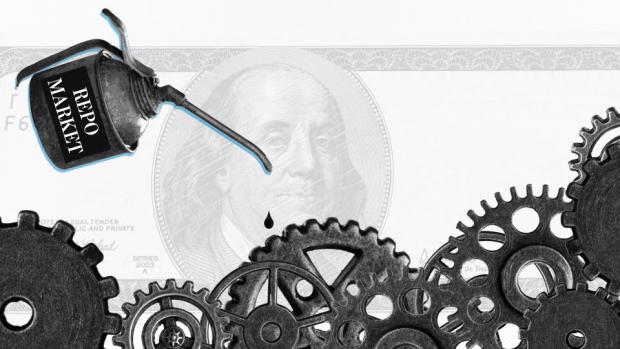 Two weeks ago, in the aftermath of the Fed's surprise hawkish FOMC announcement which also hiked the administered rates on the Fed's overnight repo and IOER facilities by 5bps to 0.05% and 0.15% respectively, we quoted Credit Suisse repo guru Zoltan Pozsar who explained it best in his post-mortem, writing that "the re-priced RRP facility will become a problem for the banking system fast: the banking system is going from being asset constrained (deposits flooding in, but nowhere to lend them but to the Fed), to being liability constrained (deposits slipping away and nowhere to replace them but in the money market)."

What he means by that is that whereas previously the RRP rate of 0.00% did not reward allocation of inert, excess reserves but merely provided a place to park them, now that the Fed is providing a generous yield pick up compared to rates offered by trillions in Bills, we are about to see a sea-change in the overnight, money-market, as trillions in capital reallocate away from traditional investments and into the the Fed's RRP.

In other words, as Pozsar puts it, "the RRP facility started to sterilize reserves... with more to come." And just as Deutsche Bank explained why the Fed's signaling was an r* policy error, to Pozsar, the Fed also made a policy error - only this time with its technical rates - by sterilizing reserves because "it's one thing to raise the rate on the RRP facility when an increase was not strictly speaking necessary, and it's another to raise it "unduly" high – as one money fund manager put it, "yesterday we could not even get a basis points a year; to get endless paper at five basis points from the most trusted counterparty is a dream come true."

He's right: while 0bps may have been viewed by many as too low, it was hardly catastrophic for now (Credit Suisse was one of those predicting no administered rate hike), 5bps is too generous, according to Pozsar who warns that the new reverse repo rate will upset the state of "singularity" and "like heat-seeking missiles, money market investors move hundreds of billions, making sharp, 90º turns hunting for even a basis point of yield at the zero bound – at 5 bps, money funds have an incentive to trade out of all their Treasury bills and park cash at the RRP facility."