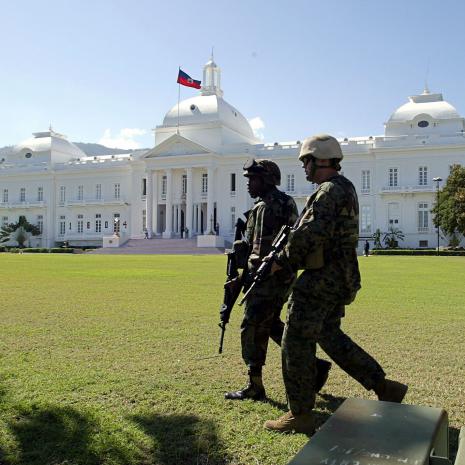 The killing of Moise by a squad of gunmen in the early hours of Wednesday morning at his home in Port-au-Prince pitched Haiti deeper into a political crisis https://www.reuters.com/article/us-haiti-politics-timeline-idAFKCN2ED1F6 which may worsen growing hunger, gang violence and a COVID-19 outbreak.

But a senior U.S. administration official said there were "no plans to provide U.S. military assistance at this time."

A letter from Joseph's office to the U.S. embassy in Haiti, dated Wednesday and reviewed by Reuters, requested the dispatch of troops to support the national police in reestablishing security and protecting key infrastructure across the country following Moise's assassination.

A similar letter, also dated Wednesday and seen by Reuters, was sent to the U.N. office in Haiti.

"We were in a situation where we believed that infrastructure of the country – the port, airport and energy infrastructure – might be a target," Pierre told Reuters.

Another aim of the request for security reinforcements would be to make it possible to go ahead with scheduled presidential and legislative elections on Sept. 26, Pierre said.

The U.N. political mission in Haiti received the letter and it was being examined, said Jose Luis Diaz, spokesman for the U.N. Department of Political and Peacebuilding Affairs.

"The dispatch of troops under any circumstances would be a matter for the (15-member) Security Council to decide," he said.