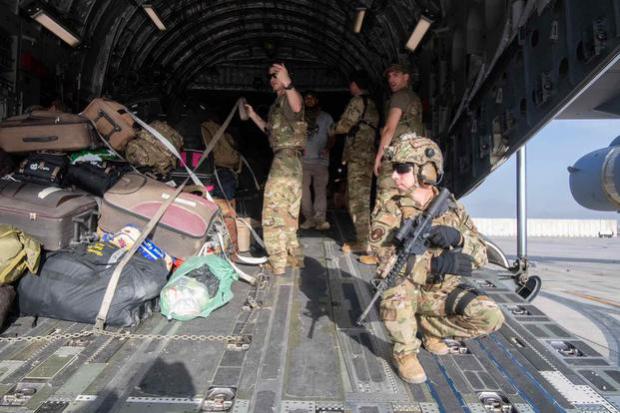 Following the successful Friday night announcement of the drone attack on an 'ISIS-K planner' who was plotting 'future attacks' on US forces in Kabul, according to the Pentagon announcement, defense officials followed up on Saturday by confirming the American troops guarding Kabul international airport have begun to be flown out. President Biden has also as of Saturday afternoon issued a statement telling the US public to brace for the likelihood of more attacks to come:

"The situation on the ground continues to be extremely dangerous, and the threat of terrorist attacks on the airport remains high. Our commanders informed me that an attack is highly likely in the next 24-36 hours. I directed them to take every possible measure to prioritize force protection," Biden said in a statement posted to WhiteHouse.gov.

Regarding that prior strike on 'high-profile' ISIS planners, the operation appeared but the Biden administration's symbolic attempt to claim some level of "revenge" - despite it being anything but clear at this point that the targets were actually "ISIS-K" (or some other terrorist or jihadist group), or whether those struck had anything to do with planning the deadly airport attack. Regardless, it seems some level of minimal 'vengeance' was declared, and now it's official: US forces have begun the pullout.

"US troops have begun their withdrawal from Kabul airport, the Pentagon said on Saturday, following a two-week scramble by Washington and its allies to fly out their nationals and Afghans at risk of reprisals under Afghanistan's new Taliban rulers," Reuters reports.

The US will attempt to pull the multiple thousands of troops and supporting US personnel - including State Department staff who were the last to man the relocated temporary embassy - by Tuesday. If not, it's likely all hell will break loose... even more so than what's already happened.