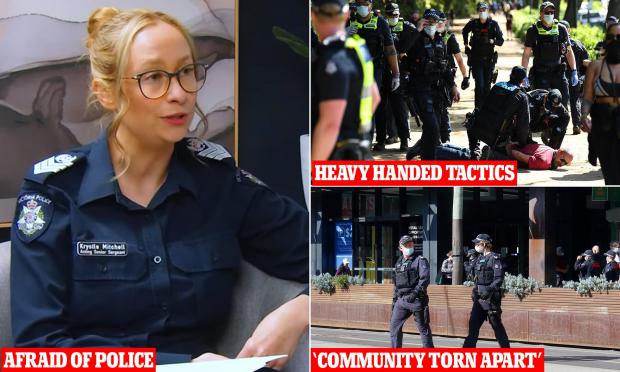 A 16-year veteran of the Melbourne, Victoria police force in Australia went public this week to denounce the actions of many police during recent protests.

Acting Senior Sergeant Krystle Mitchell was interviewed by a group called "Discernable," wearing her full uniform during the interview and announcing that she was officially resigning from the force at the end of her interview.

"I think that the reason, or the issue, in why perhaps police [are] feeling more emboldened to act the way they are in relation to these harsher actions is because of the messaging that comes from Dan [Andrews]," who tells the law enforcers what to do "on a daily basis."