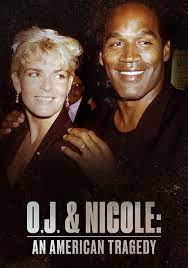 The trial's over, but the memory will linger for a long time, due to a willful misunderstanding of its significance by the media, Left and Right.

Just so you'll know where I'm coming from, I have no idea whether O.J. Simpson is a killer, and because of that, I believe the jury arrived at the only verdict possible. Conservatives, handwringing over what they imagine to be a recent collapse of the justice system, want to forget that, in America, an individual must be presumed innocent by the state until its minions prove him guilty beyond any reasonable doubt. They pay lip service to the concept (if a conservative's a liberal who's been mugged, then a liberal's a conservative who's been arrested), but their resentment of it is unmistakable.

Let's agree that although Simpson's defense attorneys may have been guilty of it in other connections, questioning evidence that might have been faked by a cop who hates blacks is not "playing the race card". If Mark Fuhrman were an environmentalist, framing Simpson because he refused to recycle, would his motive count or the character of his evidence? Would we complain that the defense was playing the "Earth card"?

Somewhere along the line, fascinated with the newfound liberty to say "nigger" (just as the Bobbitts freed them to say "penis") the TV hairsprayheads forgot that, in addition to uttering the N-word so many times it's expressable only in scientific notation, Fuhrman also told witnesses that he wouldn't hesitate to plant evidence to cinch an arrest. He claimed he had on more than one occasion. Of course in a sense, that's irrelevant, since the jury never heard about it officially. But you can bet they heard it unofficially ("the jury will disregard" being a phrase in the same category as "the check is in the mail" and "trust me, I've had a vasectomy") and that it helped shape their decision.