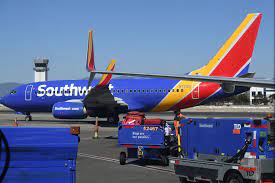 It seems simple enough and strangely fitting for a government that is increasingly indistinguishable from giant multinational corporations, Big Tech, and the oligarchs that run the entire enterprise.

Except, a funny thing is happening. The people, those Neanderthals clinging to their Bibles and guns, who are supposed to do what they are told, pay taxes and fight the corporate wars are pushing back. Deserted by their elected representatives, who answer to their corporate masters, average Americans are refusing to comply.

Take a look at Southwest Airlines, and you will see exactly what this new civil disobedience looks like. You may also see the future.

The White House has pressed the airlines to adopt vaccine mandates using the leverage of federal contracts. United knuckled under first and announced a vaccine requirement. Southwest recently announced its employees had until December 8, 2021, to get vaccinated or lose their jobs.