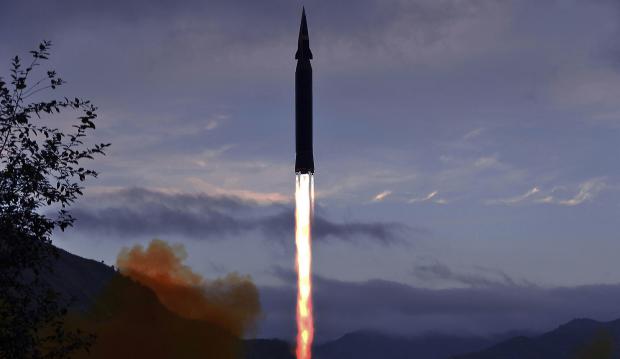 China secretly tested a nuclear-capable hypersonic missile which orbited the globe before returning to Earth to strike its target in a technological development that would overcome US anti-ballistic missile systems.

It circled the globe before descending towards its target, which it missed by about two dozen miles.

The hypersonic missiles can reach speeds of up to 21,000mph and can strike anywhere on Earth from space within minutes.

The incident has left US intelligence officials stunned, sources say, as it shows 'China has made astonishing progress on the development of its hypersonic weapons'.

'We have no idea how they did this,' a person familiar with the test told the FT.

This is the latest development in a terrifying arms race taking place in Asia as tensions between China and Taiwan continue to grow. China's ministry of defence did not immediately respond to a faxed request for comment on Sunday.

Along with China, the United States, Russia and at least five other countries are working on hypersonic technology, and last month North Korea said it had test-fired a newly-developed hypersonic missile.

At a 2019 parade, China showcased advancing weaponry including its hypersonic missile, known as the DF-17.