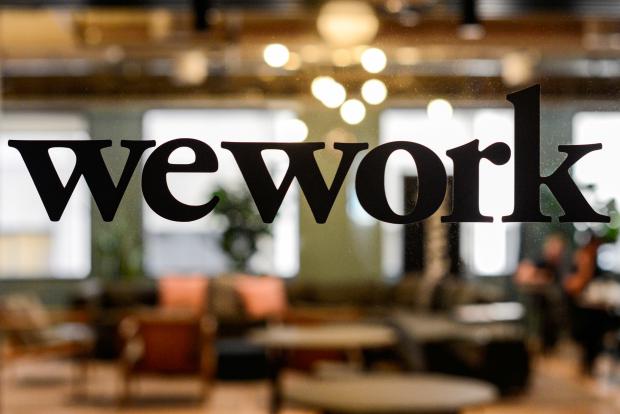 It's been a long time coming, but WeWork, the workspace co-working giant whose first attempt IPO went down in flames back in 2019, finally started trading publicly Wednesday under its new ticker - 'WE' - following a merger with a SPAC called BowX Acquisition Corp. in a deal that's being buttressed by private financing from Fidelity, Starwood Capital and a handful of other major institutional investors.

So far, shares have climbed in early trading.

Still, the company's new market-based valuation of roughly $9 billion is a mere fraction of WeWork's peak private valuation of $47 billion reached in early 2019 (thanks to backing from SoftBank). As it geared up for its first aborted IPO, WeWork released one of the most laughable prospectuses of all time, which instigated a Wall Street revolt that saw the company's private valuation (per its bankers) plunge to just $10 billion in a manner of weeks, ultimately forcing former founder/CEO Adam Neumann to call off the IPO, before he was fired and forced to hand control over to SoftBank in a multibillion dollar rescue.

The original WeWork IPO prospectus (which was swiftly revised to make it seem slightly less insane) is best remembered for claiming the firm's goal was to "elevate the world's consciousness" while producing ridiculous org charts like the one below illustrating how Adam Neumann hoped to retain permanent control over WeWork between him, his wife (Gwenyth Paltrow's cousin) and their family.

After spending some time licking their wounds, SoftBank and WeWork have spent the last two years quietly revamping the company, closing its most unprofitable operations and making other cuts. The company lost more than $3 billion in 2020, which CEO Sandeep Mathrani tried to spin as a positive.