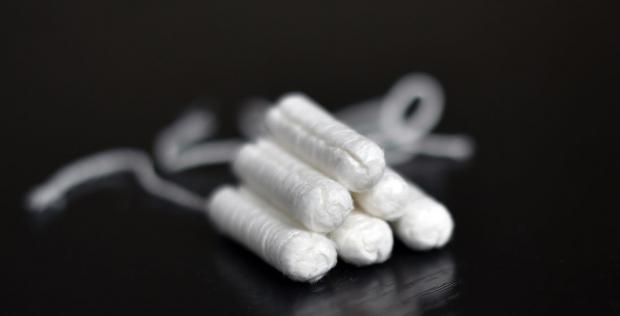 Smith College student writer Jade Mosely made the suggestion in a piece entitled Smith Has A Period Problem for the college's paper The Sophian. While the college, based in Northampton, Massachusetts is famed for being women only, it has started admitting male students to its graduate programs in recent years, and has men's bathrooms on-campus.

Mosely wrote that Smith's current policy on period products is indicative of the $56,000-a-year educational institution 'adopting a clandestine attitude towards menstruation to cater to cisgender men.'

The student journalist went on to write that Smith 'is not exempt from the widespread effects of period poverty by virtue alone'  and urged the institution to 'take the hygienic needs of its.. students of varying identities... seriously.'

Not providing free and accessible menstrual products to students, the writer proclaimed, is a 'deliberate choice' that 'sends a clear message to menstruating students about the lack of care for their wellbeing.'

'The horrifying middle school classroom paranoia that your period has started fades away mostly in high school, and nearly completely at an institution like Smith,' wrote Mosely.

'However, I think we need to do more than simply remove the stigma around periods. Smith College, which has posited itself as a progressive institution for gender and sexuality has to understand that accessibility remains a serious issue for menstrual hygiene.'