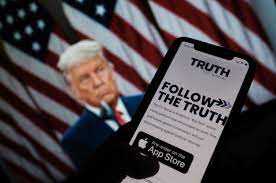 In 2002, we used phrases like "Web 2.0" and "AJAX" to describe the revolution that was happening in web technology for average consumers. This was just before names like Twitter and Facebook became famous worldwide. Web 2.0 was the groundwork infrastructure of the "social media" to come.

As software policy folks, my colleagues and I knew that these technologies were catalysts for change. Software applications, traditionally purchased on media and installed explicitly, were now implicitly installed through web browsers — delivered automatically, or even sometimes run on the user's behalf on someone else's computer. As copyleft activists specifically, we knew that copyleft licensing would have to adjust, too.

In late 2001, I sat and read and reread section 2(c) of the GPLv2. After much thought, I saw how it could be adapted, using the geeky computer science concept called a quine — a program that has a feature to print its own source code for the user. A similar section to GPLv2§2(c) could be written that would assure that every user of a copylefted program on the Internet would be guaranteed the rights and freedoms to copy, modify, redistribute and/or reinstall their software — which was done by offering a source-code provision feature to every user on the network. The key concept behind the Affero GPL (AGPL) version 1 was born. Others drafted and released AGPLv1 based on my idea. Five years later, I was proudly in the "room where it happened" when Affero GPL version 3 was drafted. Some of the words in that section are ones I suggested.